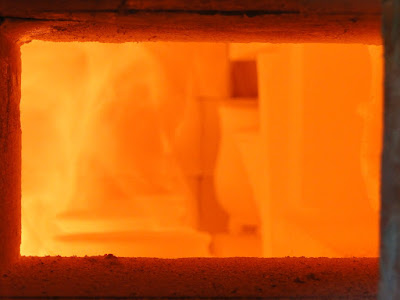 The second firing of my wood kiln occurred the weekend of July 2 & 3. While the first firing had several different clay bodies and glazes, this time I just firing a couple of my favorites clay bodies from the first firing and a couple less glazes. To experience this firing with us we had lots of wonderful friends join us for the final few hours of the firing. Most hadn’t seen a kiln like this in action and were amazed at the workings, not to mention the heat coming off it on a July day. 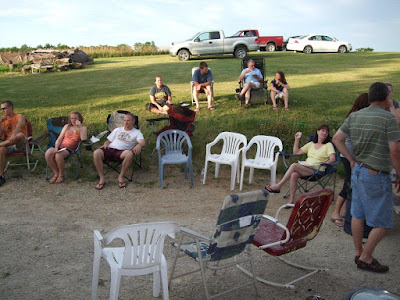 The results of this firing were so different from the first, its hard to believe the clays, glazes and kiln are the same. The duration of this firing was also about the same as the first, around 24 hours but many other aspects of the firing were different. We put the kiln through a period of heavy reduction in this firing which definitely made some glazes react differently. All the green celadon was a copper red instead – not a bad look, but different. We also spend a little more time stirring the ashes a bit to get more ash moving through the kiln making the pieces from B clay much lighter on the outside than the toasty color they’d been in the first firing. 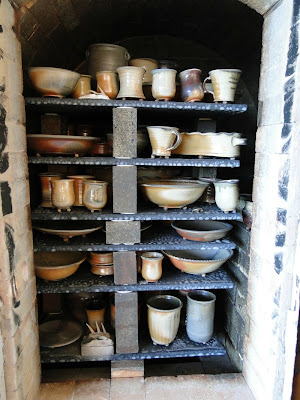 All in all there were many wonderful pieces in this firing and we learned a lot again. Plus we got to share this process with our friends. They’ve heard us talk so much about the kiln (picture that commercial with the older couple sitting on their couch talking about another family that always talks about their boat – it’s probably a lot the same) and seeing it is much better than any explanation. 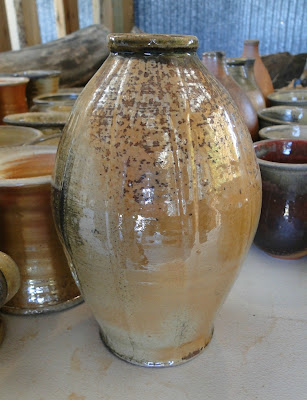 Thanks for joining us everybody. We really enjoy your company and friendship.