Two weekends ago we fired the wood kiln.  And because the kiln is at our rural SE Minnesota farm (nearly two hours away from our weekday home) we didn’t get to unload until the following weekend.  Having two studio spaces can be fun, but it usually means lots of patience and driving.

This load had 122 pieces plus some small pendants and buttons (they don’t really count because they just fit in the nooks and crannies between larger pieces).  The above photo is about 1/2 the pieces getting ready to be glazed.  Most of these pieces are glazed on the inside only to allow the wood ash to do its magic on the outsides.﻿ 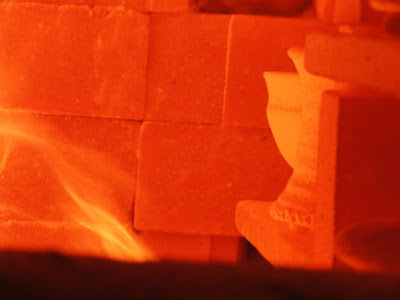 Early in the firing when everything is just starting to get hot, but ash is floating through the kiln on the flames, you can see the ash being deposited on pieces closest to the firebox.  It looks like dust collecting until it gets hot enough to melt. 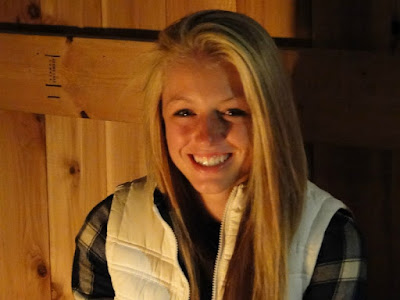 We had several visitors during this firing which always makes the time spent stoking go a little faster.  The Kolnberger family visited on Saturday evening.  Sydney enjoyed sitting in the glow of the firebox and absorbing some of the heat rolling out.

During the firing and again during the unloading, we had cameramen from KSMQ’s Off 90 program here shooting video for a potential segment on their story telling program about people, places and events off I90.  During the firing they were using a big TV camera, I think I accidentially splashed glaze on it a few times.  For the unloading, they used a smaller SLR-like camera and it was easier to forget the camera was there.

I haven’t gotten to really sort through and photograph the pieces that came out of that firing, but here is one of my favorites.  Hopefully, I’ll get through things soon and have another post of just photos. 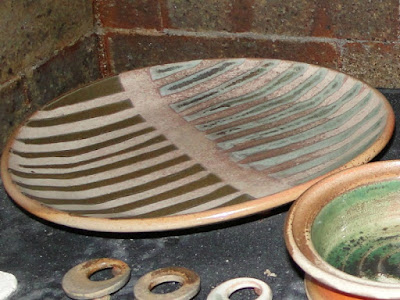