What I learned from my last kiln firing

With my kiln being fairly new, I’ve been changing a little something each firing to try to find a firing process and schedule that works the best for me and my work.  The first firing was… well, it was the first firing.  So kinda set the baseline.  The second firing we did a stronger reduction around 1350* and then again when we bricked up.  That firing had a great deal more reduction color changes in the glazes (not necessarily in a positive way) and more ash than the first firing.

So now in firing #3, we did a little less reduction than firing #2 and fired for an additional couple hours.  The pieces didn’t have as much ash on them as the previous two firings, but also didn’t have the same unwanted reduction effects. 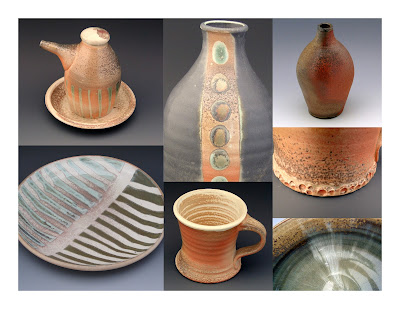 Here are a few things I learned from this firing:

I’m sure there is so much more I could add to the list, the key point is I did manage to learn something. 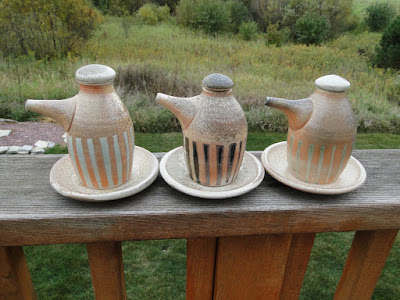 The next firing is anticipated to be Thanksgiving weekend and I’m thinking of trying a shorter firing like maybe 18 hours.  Start around 6am and close up at 2am the following morning. I can hardly wait!!