If you don’t already know this about me, I’m always a little behind.   I figure if I get a post up about a firing sometime before I have the next firing, I’m good.  Posting the same week I unload would probably be getting it done early don’t ya think?
So here are some of my favorites we unloaded last Friday. 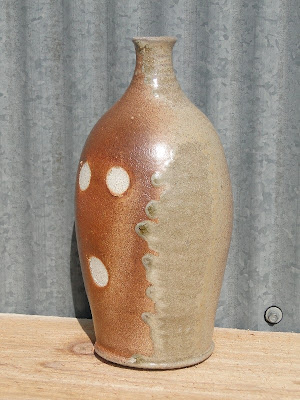 Bottle fired on it’s side on the bagwall 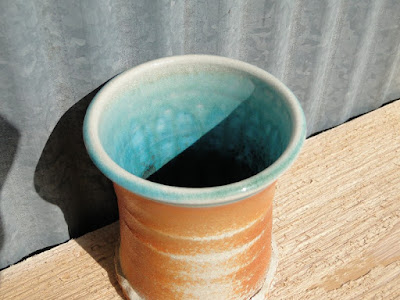 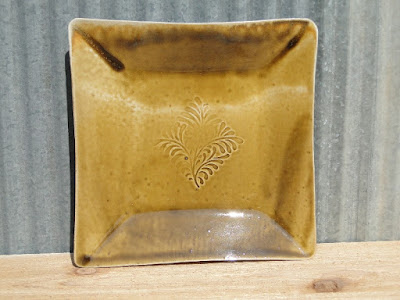 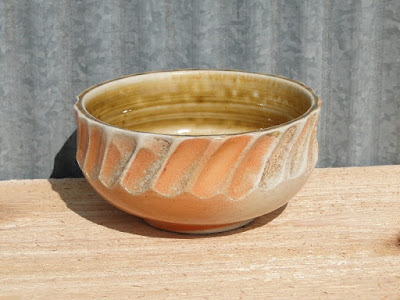 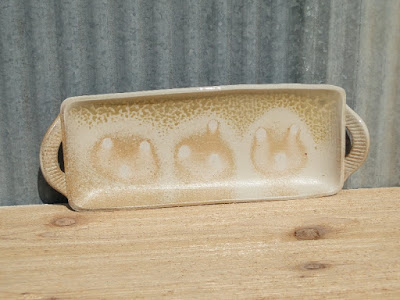 This rectangle tray was fired with three small salt shakers on it creating the shadows. 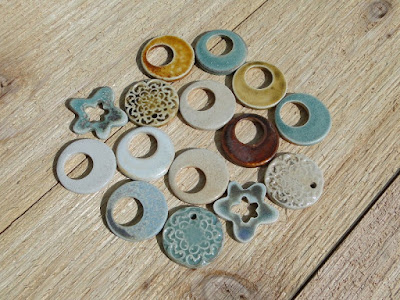 And every firing has to have a few pendants.  The oribe are my favorites and the one dark one is a little used glaze her Persimmon.  I’ll have to use that one more.

Overall the firing was a little vanilla for me.  Since the last firing had a pretty strong reduction, I didn’t reduce as heavily this time and went a little to far the other way and didn’t reduce enough.  Lots of pots glazed with shino but no shino magic in this firing.  Some will get refired in the next firing and we’ll see how they handle it.