Things About Being A Potter #1

This is the first post in a new series explaining some things non-potters might not know about being a potter.

#1 Being a potter isn’t all about throwing pots

People often ask questions about how long it takes to throw a mug and it’s really hard to answer without explaining that throwing may only take 5 minutes, but completing a mug can often take several weeks or months. 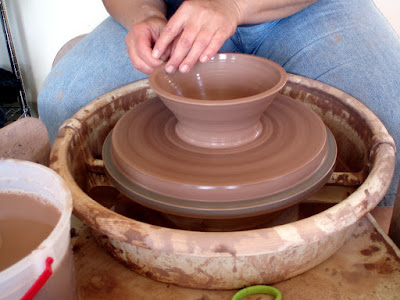 Throwing is the most familiar thing we do and lots of people think that’s where the majority of our time is spent.  In reality, there are many other tasks that go into creating a piece of pottery both before and after throwing.  Like –

Clay prep – mixing or buying ready made
Cutting and weighing clay portions
Wedging clay (like kneading to align clay particles and prevent cracking)
Throwing
Trimming foot/bottom
Making and attaching a handle
Slow drying to prevent cracking
Kiln washing shelves
Bisque firing
Waxing pot bottoms
Mixing glazes
Glazing pots
Glaze firing
Cleaning shelves
Cleaning pots after firing
Pricing
Cleaning the mess I made in the studio doing all the above tasks
And a collection of other “being a business” tasks. 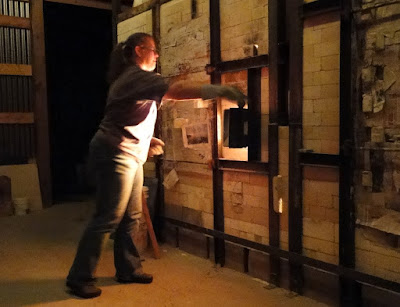 When I have a special order to make a mug, I also have to make enough other pottery to fill the kiln for both the bisque and glaze firings.  Sometimes that can be well over 100 pieces before I can fire that mug.

All said and done, throwing is by far my most enjoyable part of being a potter and I don’t think I’m alone.

Have a great week.